+ original -
For the last 4 years, Intrepid Media have been following our director Jon Roberts. They produced a film that has been screened across the world and viewed by thousands.
Intrepid Media

I’ve been working as an independent documentary filmmaker for over ten years. Dear Albert is my debut feature documentary and I’m delighted that it has received accolades with screenings at cinemas and on TV in America, Canada, South Africa, Poland and the UK. I first encountered Jon Roberts when he was working for Leicester, Leicestershire and Rutland Probation Trust. I had been commissioned by the organisation to make a short film promoting recovery from addiction which would be used by the Criminal Justice Drugs Team to welcome new service users. I noticed straight away that Jon was a very powerful communicator and that he had a story to tell. After finishing the short film I felt compelled to continue filming and tell Jon’s story properly. By this point Jon had started to working at the innovative treatment service Quality of Life and I was delighted that the senior management welcomed my request for permission to film. Filming lasted for three years which sounds like a long time but it flew by as I enjoyed the friendships and connections I made with the staff and members of Quality of Life.

I would like to thank Jon, Gary, Ian and Micky (as well as many others, too many to mention here) who allowed me into their lives to film their recovery journeys. It has been a privilege and a life changing experience. 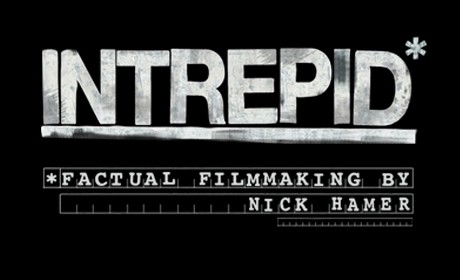 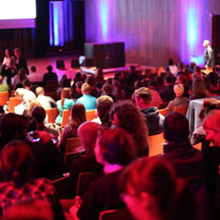 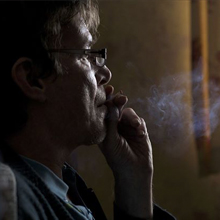 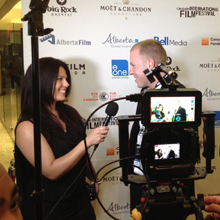 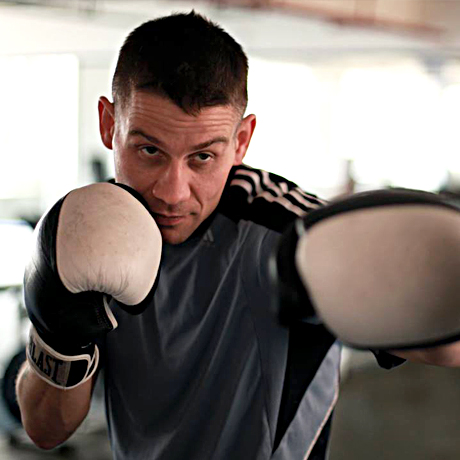 The Making of Dear Albert

Being part of Intrepid Media’s film project has been a truly amazing experience and a three year endeavour for all those involved. Having Nick around with his film making kit made us feel our stories were worth telling. This is a serious point: part of Dear Albert’s job is to ensure someone who understands is around to listen.

Often people’s recovery journey starts with the arrival of some willingness to open up and start the telling of their own unique life story, warts and all. It can be a significant, difficult, but also a potentially liberating experience. It often marks the beginning of a new, more positive, hopeful chapter. It’s something here at Dear Albert we work to encourage. My motivation towards being involved in the film and telling my story to a larger audience was that it might just encourage others to start telling their story. If I can take a risk and bring my story out of the shadows, then those still struggling might feel motivated to do the same. Telling the story gives some structure, a narrative, to what’s happened and offers a new kind of understanding from a fresh perspective. By being able to stand back a little and chart the progression of the addiction and see from a new angle the damage we were doing to ourselves and others can begin the healing process.

I particularly take my hat off to Gary, Ian and Micky for being willing to share their pains and inner most conflicts, and their willing to expose some of their fragile humanity. Also, a massive thank you to everybody who supported the making of this film. There are too many to list in detail here, but Sarah Hancock-Smith needs a mention for supporting the project from the beginning, as does my line manager Jo Hall for putting up with me. Also to pay special tribute to Micky who tragically died while the film was being made.

Really the film is all about learning. Since the beginning of time man has learned primarily as a social being by sharing experiences and listening to the stories of each other. We can all be natural story tellers. So recovery becomes a two way process, a joint learning experience, and primarily a social, collective work.

Nick’s film captures some of these processes. I’m proud of the work we do here at Dear Albert and I hope anybody who sees the film will get a sense of what it means to be ‘addicted’ and the moves required to start getting well again. I’m very grateful to Nick for making the film and providing the opportunity to get the message out to greater numbers of people that we do recover.

It’s becoming increasingly clear that the film is a great learning resource to help others and can be utilised in a number of productive ways. Dear Albert is happy to come to your organisation and talk about some of the recovery themes and concepts featured in the documentary. You can meet members of the ‘cast’ and learn more about some of the group work featured in the film, how we generate recovery in communities, what you can be doing more of in your area, etc.

Accompanied screenings offer a really productive learning experience for the whole team and community and are fantastic value. Staff and service users, peer mentors and volunteers, family members and other stakeholders all benefit. For larger audiences Dear Albert has teamed up with partner’s in2recovery and the UK Recovery Federation to deliver a rich combination of interactive workshops and a full days learning including future planning.

‘The must see recovery film of 2015’
Alistair Sinclair, UKRF director.

‘You humanised the essence of recovery in such a deep way’
Greg Williams, Director Anonymous People.

‘Character driven…’ ‘…typically English and gritty…’ ‘…and thought provoking on many levels’ Nicks lens hits recovery right between the eyes, capturing some of the heartfelt difficulties in reinventing self, failure as a creative force and the reality of overdose and death’ ‘Stimulates useful debate around contemporary developments within the treatment world; exploring growing trends (particularly in the age of austerity) of generating recovery in communities and of making recovery more visible, viable and more assessable to all’.

‘This film has the power to change the face of treatment for ever’
Simon Morgan, CRC lead.